Sexless marriage statistics can be a real eye-opener for married couples struggling with physical intimacy in their sex life.

That’s why we’ve compiled these research studies from across the world. Discover the reality and impact of being in a sexless marriage and how it can cause frustration, loneliness, or even boredom for couples.

Sexual intimacy isn’t required for everyone — but for many couples, the strength of the marriage bond comes under severe strain in a sexless relationship. And often, a lack of sex is a contributor to divorce.

While you read through these 47 fascinating sexless marriage statistics, pay extra attention to #15 and #20.

What is a sexless marriage?

The definition of a sexless marriage, according to the International Society for Sexual Medicine, is that there is no “normal” frequency of sex, providing both partners in the relationship are happy.

However, sex therapists define marriage to be “sexless” when a couple has sex fewer than one time per month or less in the previous year.

Can a sexless marriage survive?

Sexless marriages can and do survive, but it’s essential to consider why the deed isn’t being done.

Answer this: where are connection, trust, and intimacy missing in your relationship?

A lack of sex doesn’t appear out of nowhere and is often just a symptom of what’s really going wrong in the relationship. Heal the disconnect, and sex lives in relationships become stronger than ever.

Boost your confidence, master your sexuality, and find your purpose.

So you can reignite the passion in your relationship or attract your perfect woman.

1. They’re more common than you might think: in 2009, The New York Times reported that according to data collected from the General Social Survey, about 15% of married couples hadn’t engaged in sex once in the past six months to a year.

2. Couples’ sex frequency nearly halves near the end of a couple’s first year of marriage. [7]

4. In a survey of 16,000 American adults, Swedish behavioral economists found that quadrupling sexual frequency from once a month to once a week boosted happiness as much as having an extra $50,000 in the bank.

5. In a study of 26,000 Americans, participants reported having sex 54 times a year on average, approximately once a week.

7. Smartphones harm our relationships and intimacy. Technology can “undermine immediate interpersonal interactions” and “interfere with or intrude into everyday social interactions (either between couples or within families).” [11]

9. Sexual frequency in married couples has declined in America but stayed steady among the unpartnered, reducing the marital/partnered advantage for sexual frequency. [2]

The insights in this Medical News Today review are truly fascinating. Here are the stats and factors that are contributing to a husband finding him less in a sexless marriage these days:

15. Men in part-time or jobless vs. those in full-time employment are more likely to be in a sexless marriage. [1]

These sexless marriage statistics hold critical insights into what makes a woman happy in her marriage.

19. Only 48% of married women want sex on a regular basis after four years of marriage.

21. Women with exactly two previous sex partners before marriage have higher divorce rates than those with 3 to 9 partners. [7]

22. More than 6% of married women say it’s been over a year since they have had sex with their spouse. [7]

Does age have anything to do with having a healthy sex life?

37. A 2021 survey by Health Testing Centers polled 441 people and reported that a little over 46% of respondents in a monogamous relationship said they had affairs.

Why are divorce rates so high?

You’ve probably heard that 50% of marriages end up in divorce.

While that was once true, new research shows an interesting turn in divorce trends that can give married individuals hope of a fulfilling, joyful marriage that can stand the test of time.

42. Millennials are choosing to wait longer before getting married and staying married longer. [3]

45. The term “half of marriage end in divorce” stemmed from this statistic: 48% of American couples married in the 1970s were divorced within 25 years. [6]

47. Divorce rates in wealthier counties — such as America, the UK, and Germany — have been falling since the ’90s. The mean marriage length in these countries is over 12 years. [6]

Here are 10 reasons why divorce rates are so high

Marriages change, and so do circumstances.

For example, the physical exhaustion that comes with small children can make setting time for your spouse extremely challenging.

Other reasons include a person’s sex drive changing throughout their life, and low libido can make sex feel like a chore. In addition, this lack of sex can create a discordant level of desire between partners.

Another factor is that menopause can make sex difficult or even painful for a lot of women. So, as you can see, there are so many factors that contribute to high divorce rates.

However, experts agree that the most common causes of why regular sex has become a thing of the past include:

Top 10 reasons and causes of a sexless marriage

This list surprises a lot of couples as they believe it’s all to do with time and stress. It really is true that if something brings you joy and pleasure, then you’ll find a way to make time for it.

Here are the common reasons and causes of a sexless marriage:

Here are some of the most common side effects of when intercourse disappears in a marriage, though not all of these will likely present in one relationship:

So, we’ve explored the reasons behind sexless marriage statistics, its effects, and really interesting statistics that show the true landscape of sex in marriages.

You might feel hopeless about ever being able to enjoy a passionate sex life with your partner. What’s more, you might even be scared off getting married when you see the stats. Maybe even question is marriage worth it.

That’s the dilemma I see in young men today.

Plenty of people are eager to give relationship advice online, but what many men need to heal their lack of sex is knowledge and relationship skills.

If you don’t want to become part of the sexless statistics, you must learn the proper relationship skills. Sex and love is an art, just like learning a new language or sport — it takes practice.

A great marriage does not fall out of the sky, it is built. You can create new realms of pleasure in the relationship by harnessing a blend of ancient learnings and modern practices.

What percent of sexless marriages end in divorce?

The percentage of marriages that end in divorce in the US varies between 40% and 50%.

Can a marriage survive without intimacy?

How much sex and intimacy a couple needs vary, but the root cause of any lack of intimacy must be healed so that a healthy sex life and marriage can thrive.

Is a sexless marriage healthy?

According to a Pew study, both men and women find sex and intimacy in marriage to be “very important” to a successful marriage.

How many marriages end due to a lack of intimacy?

We cannot know for sure, as there is no study carried out yet to explore the tie between divorce rate and intimacy issues. Sex therapy can be used to reignite intimacy and passion.

How often do married couples have sex?

On average, married couples have sex 54 times a year, just around once a week. Wondering what the best penis pump is for a stronger and bigger erection? I’ll break it down for you with the 7 best on the entire market. 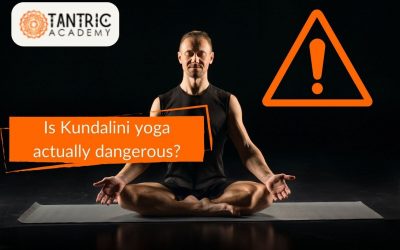 Why Is Kundalini Yoga Dangerous? 10 Dangers You Must Know

Wondering why Kundalini yoga is dangerous? Gain surprising insights into the pitfalls, strengths, and origins of the ancient kundalini practice.

69 Amazing Sex Tips For Men On How To Have Sex

Sex tips for men that will have your woman opening her thighs when you walk in the door. Open her heart, her power and her pleasure centers.