Vasectomy & Tantra – Does It Help With Semen Retention?

First off, let’s understand what really happens during a vasectomy. Because many guys think sperm and semen are the same. And that they are both emitted from the testicles. But this is not the case.

And this is why it’s important to separate the words when we speak about this. Essentially, there are 3 main elements.

What Makes Up an Ejaculation?

So now you know these are the 3 main elements of ejaculation and they come from 3 separate glands.

So when you perform a vasectomy, you snip the tube in the testicles, essentially separating the sperm from the semen. Thus making it impossible to fertilize an egg.

What happens to the sperm? It is quickly reabsorbed by the body. And so you will continue to ejaculate seminal fluid and pre-cum, just without any sperm.

There isn’t a specific “tantric perspective” on the matter since a vasectomy is a modern practice. It is not something we can find in ancient tantric teachings from thousands of years ago. So unless and until we have enough tantric men who undergo this procedure and report back on the effects, we can’t possibly have a definite answer.

If we were to consider that yoga is trying to be in balance with nature and do things naturally, a vasectomy might not be the ideal yogic thing to consider since it’s not exactly “natural”.

As a member of my Facebook group said:
“For me personally it is against human nature and man’s nature. I wouldn’t do this to myself.”

Speaking to my friend, a medical doctor, and a tantric practitioner, the most logical line of thinking is that vasectomy is not an effective tool in trying to conserve your life force energy. The Ojas energy – as is also commonly known – is still lost due to something called a “peak orgasm.”

A peak orgasm is an explosive orgasm where we drain our energy. It’s when we feel tired afterward, almost like a hangover.

It is similar to women losing energy through clitoral peak orgasm. No fluids are released during a clit orgasm but the life-force gets depleted. As said in Hatha yoga, the Ojas energy can’t be refilled. It’s like a battery with one charge that lasts a lifetime.

Ojas can be lost in other ways than just through the explosive orgasm. So the draining of energy is not connected only to ejaculation but also to things like excessive effort and pushing yourself over the limit of physical capacity. Things like running a marathon or extremely heavy lifting could also deplete Ojas.

So taking all this into consideration, it’s highly likely that there is no difference in draining energy before and after a vasectomy. At least on a life force energy level.

I’ve had varied accounts of feedback from men who have undergone a vasectomy. I know a few tantric men that have had a vasectomy and still report a loss of energy when ejaculating. As discussed above, nothing really changed for them.

But I also hear men in my Facebook group who have undergone a vasectomy and claim they feel fine. It makes sense that a man who has been snipped might lose less of the valuable nutrients in the semen, thus allowing the body to reabsorb them. But the masculine vital energy will not be preserved either way.

Here’s what a man from my group who considered vasectomy said:

“I considered this for a few years, when I finally made up my mind, found the place, and was ready. Suddenly, I had a deep insight that made me cancel my plans. I realized I would emotionally and energetically castrate myself further. If you know of the emotional castrations wounding that happens in childhood you may understand where I’m coming from.”

I believe that he is talking about circumcision, which mostly only happens in the USA, which I believe is traumatizing for most boys.

“Do NOT do it! It is much much much more painful than they tell you and the ongoing hardness of the tubes feels shit, and can lead to testicular varicose veins!”

That’s something else to consider – the hardening of the tubes and the possibility of creating varicocele. This is an enlargement of the veins in the testicles that can cause pain, and decreased blood flow to the testicles. And there’s not really any cure for this except taking painkillers to manage pain and discomfort.

On the other side let’s look at some positive accounts. One man said:

“I did it 5 years ago since I have 3 kids already, and would absolutely do it again. I don’t feel a difference in energy circulation.”

“I did it two years ago and I am happy with the process and the results. I have two kids already and don’t want to have any more. My wife wasn’t happy with the pills and other methods she used. She thought those were unnatural and her body didn’t respond well. From a practical sex perspective, I can’t notice any difference. The tantra techniques work just fine and the regular sex practices are also the same. I feel more relaxed and free when I don’t have to think about the risk of my wife getting pregnant. I would not have done it if I was young and did not have any kids, but as I am in my late 40’s, it was a good solution.”

So there are both positive and negative experiences with vasectomy. And each man has to decide for himself what feels right to him. Personally I wouldn’t do it, because I feel really safe practicing ejaculation control, but I support those who do want to do it. 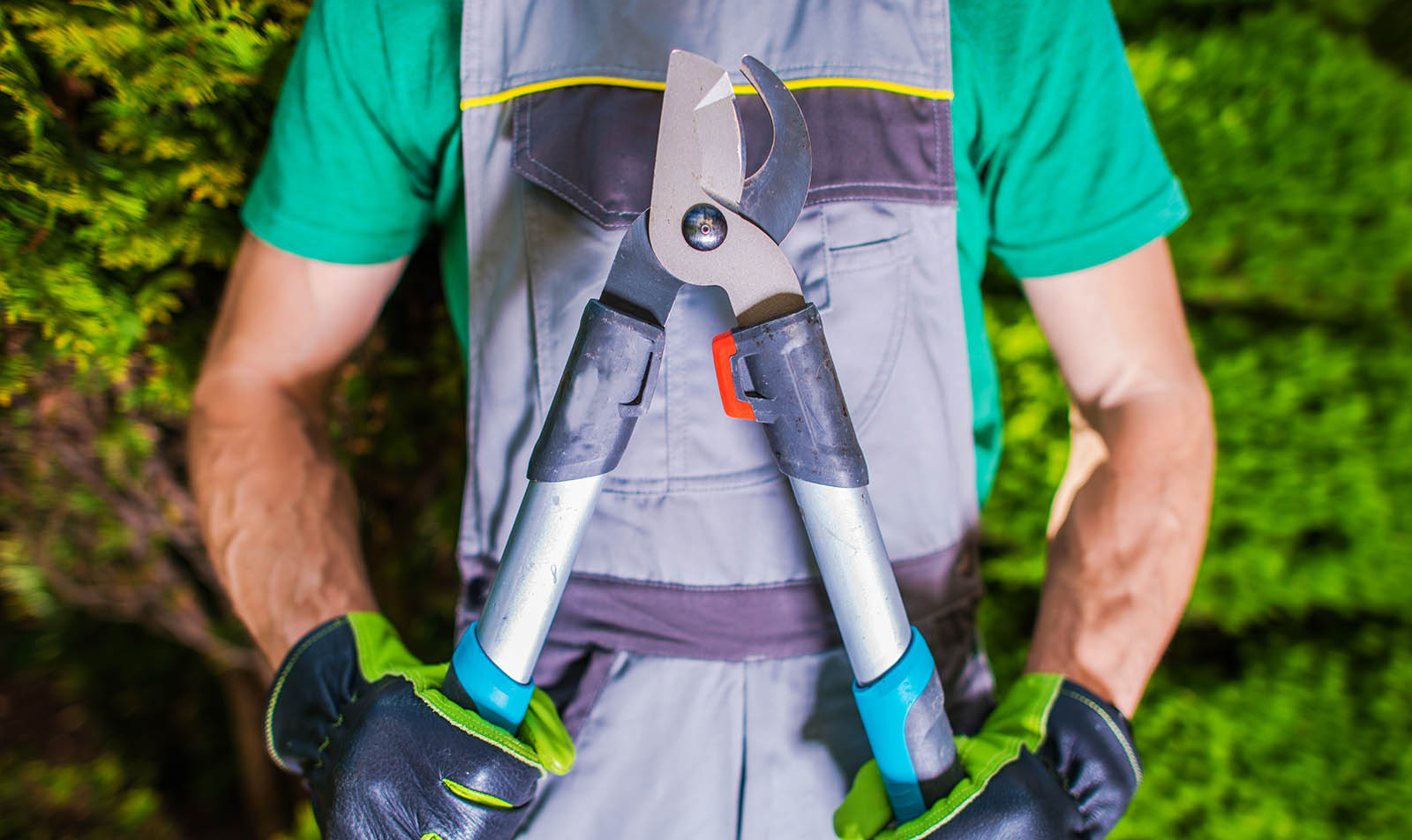 The Biochemical Effect of Vasectomy

When it comes to the biological and biochemical effects of a vasectomy, the sperm is restrained in the balls because of the cut and knot. But the so-called “the little death” of energy loss still occurs.

The trigger that releases a biochemical cocktail is the release of the pressure of fluids,
Wherever the sperm cells are, you still lose interest when you ejaculate the semen.

Neurotransmitters like Dopamine and Oxytocin drop rapidly for 5-7 days, and you feel grumpy and irritated since these are your “feel-good hormones”. Simple plain facts, easy to prove with a blood test at the hospital.

If you release the seminal pressure and contractions appear, a physical trigger takes place

that makes your happy hormones drop. This makes you feel weak and depressed.

Every single thing you FEEL is neuroscience. Without chemicals, you would feel nothing, have no emotions.

Certain tantric rituals make use of powerful cocktails of ejaculation and menstruation fluids – especially on the left-handed path of tantra. If this is something you practice, then it might not be not fully potent if you have done a vasectomy. But then again, not everybody practices such things.

The goal of performing a vasectomy Is for birth control because you don’t want to have more kids. So why not learn to control your ejaculation instead? Then you simply don’t need a vasectomy.

Instead of a vasectomy – master semen retention. Some people will say that it’s not 100% safe because they tried it and failed. In my own experience and with all my colleagues
I have never seen any unwanted pregnancies occur because of this practice. So between me and all the partners I’ve ever had, there has never been a fear of conception while practicing tantra.

But of course, there needs to be a level of mastery to it. If you’re still learning, it’s best to stay abstinent for a while. Before you’re truly able to master it, there’s always the chance you do something wrong.

For instance, say you ejaculated just recently. There might still be semen residue that might enter the vagina even if you are practicing tantric lovemaking. So in these cases, you need to be aware and take proper precautions before making love.

But as long as you know what you’re doing and have total awareness of your arousal level, you should be good to go. Make sure you are properly trained by a professional teacher who has already mastered the practice himself. Then, in my opinion, this is a bulletproof method for prevention and birth control.

Since sexual energy is not only contained in the semen, men who have undergone a vasectomy still need to learn how to transmute sexual energy.

During a vasectomy, the ‘vas deferens’ tubes are cut. This procedure might seem like another quick fix to avoid learning how to manage sexual energy but it’s just a dream for the lazy man.

If you have an explosive orgasm where you ejaculate fluids, you still lose Ojas on an energetic level, like everyone else. You still experience chemical hangover like everyone else. So, I’m sorry to disappoint anyone who thought that they could bypass spiritual practice by snipping their balls.

Another reason for non-ejaculation:

To practice semen retention is not only about preserving your precious life-force. It’s also to be able to have full-body orgasms. To last longer in bed. A lot of tantric men can last for 2-3 hours in one single lovemaking session. It is also to be able to convert sexual energy into manifesting your dreams and life goals.

So go and start your practice brothers – there are no excuses.

In summary, you can have a vasectomy and have positive tantric experiences. But some also report a feeling of congestion and pain. Just remember it will not bypass the need to move and conserve your energy.

And biochemically the same orgasm hangover will take place. So it’s up to you to decide what feels right for you. If you have what it takes to master semen retention, you can probably go that route instead of a vasectomy.

If you have done a vasectomy and practice tantra, post a comment below about your experience because we need to hear from more of you guys!

That’s all for today!
Stay strong in your practice

Video: What Does Tantra Say About Vasectomy?

Steffo Shambo is the founder of The Tantric Man Experience. His specialty is to empower men to realize their full masculine confidence, intimate power, and depth of connection to their partner. He has helped hundreds of men from all around the world to master their mojo and save their relationships.